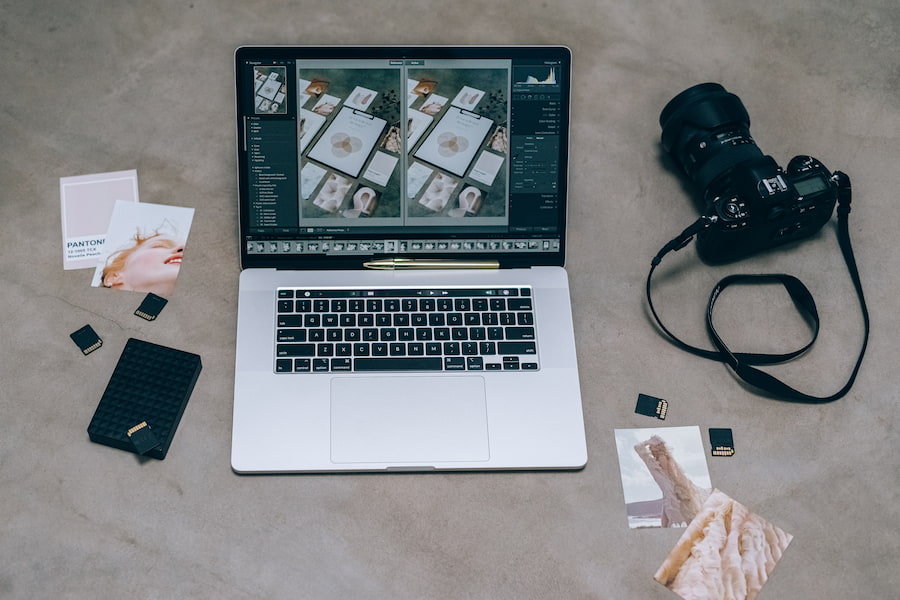 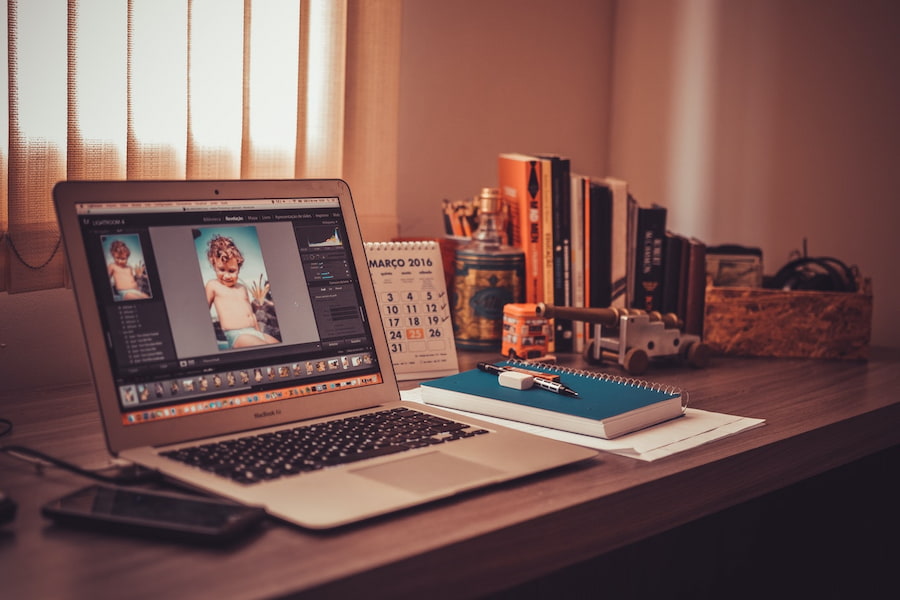 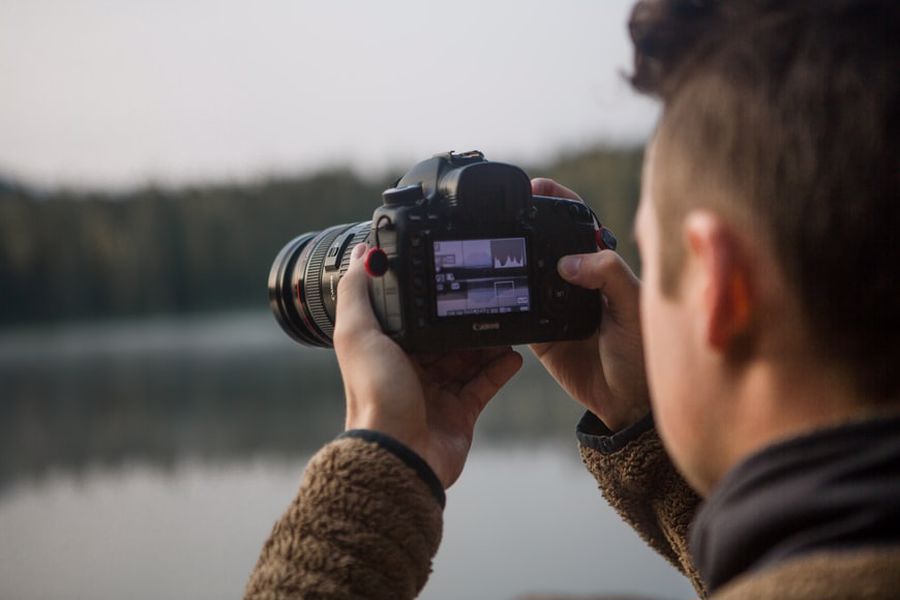 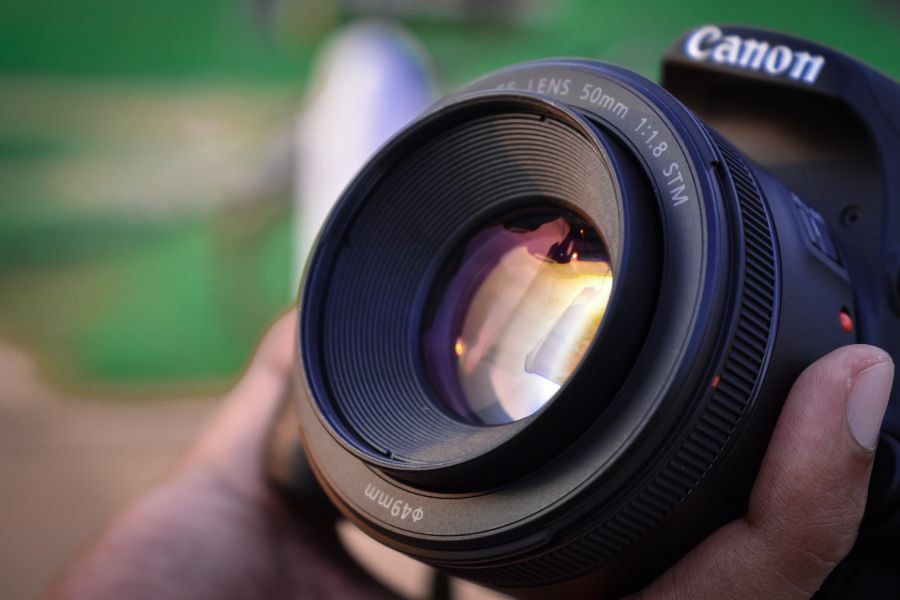 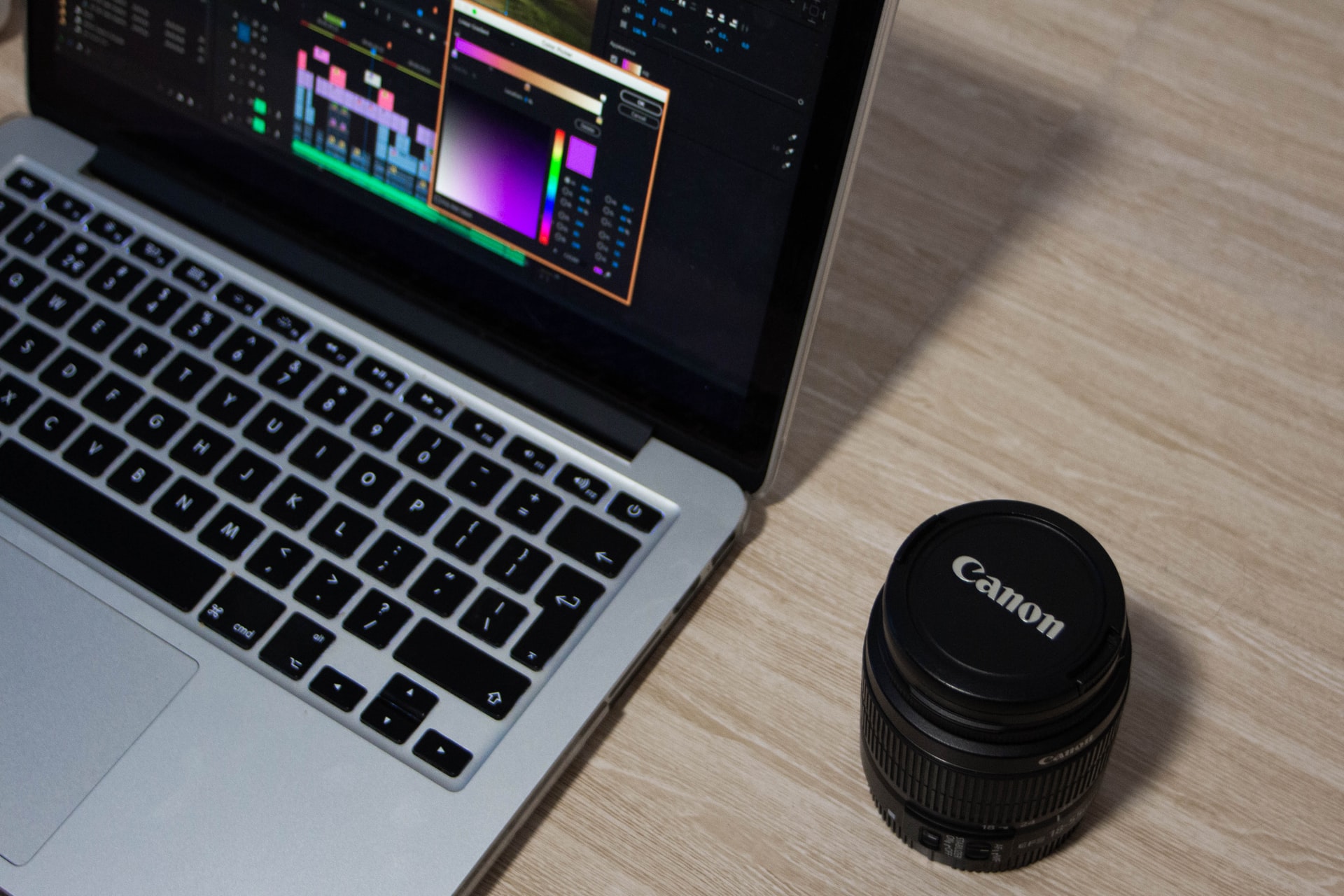 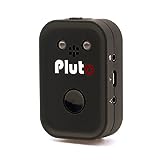 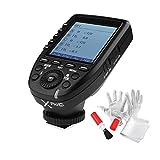 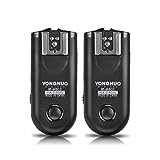 Coming with a little bit of everything, the Pluto Trigger ensures it attends to numerous photography needs. Included are a charging plug, a laser trigger, a carrying pouch, multiple cords for different cameras, and a hot shoe mount. 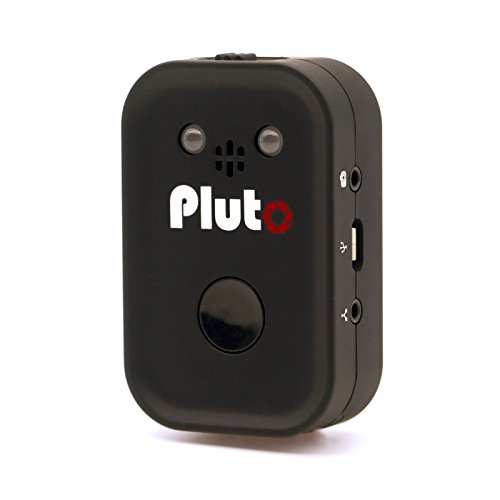 The trigger connects to a smartphone via Bluetooth, a feature you won’t enjoy with the Godox XPro-C wireless flash trigger. When you note the battery icon turning into a spinning icon, the connection is taking place. This process is pretty unintuitive if you don’t know what to check.

The trigger features 24 different modes. From the tap mode that offers instant trigger to time interval modes like the bulb mode, it provides you immense versatility when triggering your flash.

While it is the priciest trigger included, the numerous ways of triggering your flashes are what makes it our best wireless flash trigger.

Built with a larger LCD than the Godox X1T-S, the Godox XPro-C TTL is a legible and easy-to-use flash trigger. Its menu is also less challenging to use than the more affordable X1T-S. 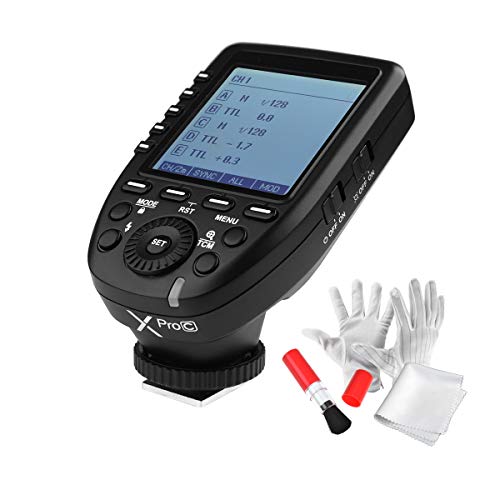 Unlike the Godox X1TS, it has dedicated group buttons. This makes it a cinch to pick groups by pressing the buttons. Different from the other Godox flash triggers on review, you get 16 flash groups, an upgrade from the five the others can manage.

An exclusive feature you won’t find in the other Godox triggers on review is the TCM function. When using TTL mode, this feature allows you to determine your previous flash settings.

Our main complaints are the absence of Bluetooth connectivity and backlit buttons like the Godox X2T-S, hence less versatile in terms of usage.

The YONGNUO RF-603C II is an upgrade from the version I that had fewer and inferior features to play around with during photoshoot sessions. 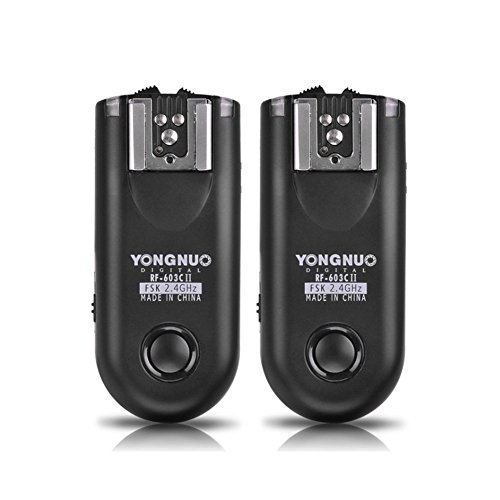 Unlike the first version that had the buttons at the top, this unit has buttons on the side. It, therefore, allows you to turn the trigger on or off while attached to your camera, something that was challenging with its first version.

You can handle up to 16 channels which, though lower than the 32 you get with Godox XPro, is better than the eight channels the Vello FreeWave offers.

Its most notable difference is the 1/320 synchronization speed which is faster than other options on review, including the Godox triggers at 1/256. This feature allows you to shoot faster action with ease.

While having superb functionality, it does not support TTL mode like the Godox triggers, hence not the best when shooting moving subjects. 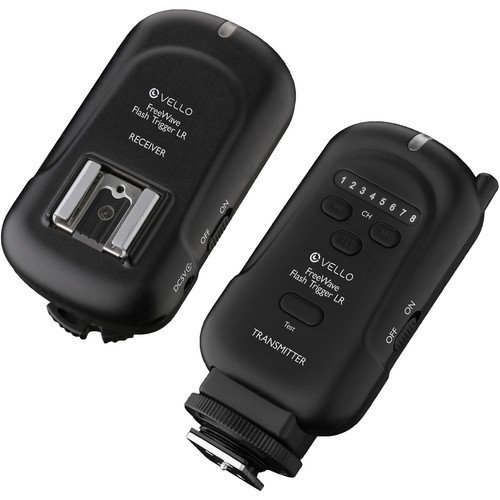 The trigger can function up to 600 feet away, which is far more than the 328 feet range you get with options like the GODOX triggers. This performance gives you more flexibility in flash placement and allows you to use it when shooting expansive spaces.

Something you’ll hardly get with other wireless triggers, including those on our list, are batteries. This set allows you to start using the four included batteries with no further costs to incur.

While this trigger performs well, it isn’t as excellent as the pluto trigger and may occasionally miss triggering your flash. 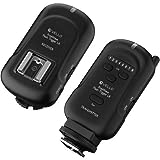 While it resembles its less pricey predecessor, the X1T-S, the Godox X2T-S, includes additional features and slight design adjustments. 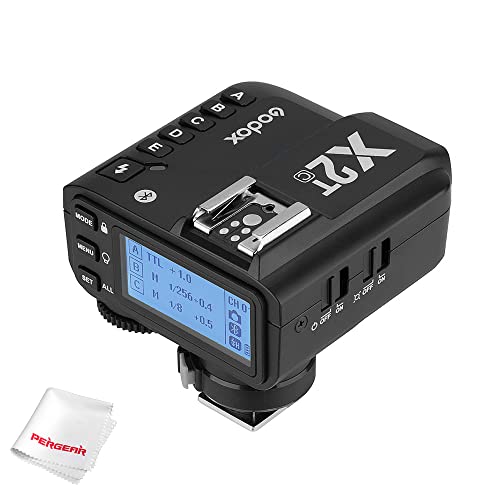 It features more buttons than the Godox X1T-S. Its dedicated buttons absent in the X1T-S make it a lot easier to control several flashes simultaneously.

As our best durable wireless flash trigger, Godox X2T-S has Bluetooth support which is absent in the X1T-S and XPro triggers. This feature allows you to operate the X2T-S and your flashes compatible with the Godox app without having to hold them.

While it offers some benefits unavailable in the XPro, you are still limited to five flash groupings like the X1T-S and no TCM to determine the used settings. 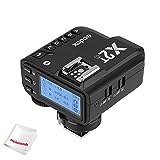 The Godox X1T-S is a more affordable and easy-to-use selection if you want to enjoy most of the features the other Godox flash triggers offer. 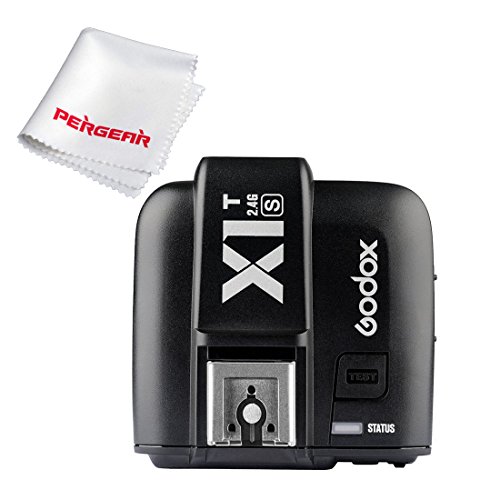 Inclusion on an onboard hot shoe is among the crucial features you will enjoy with this unit and miss out on the Godox XPro. With this hot shoe, you can attach your flash onto the trigger for more versatility.

Like the other Godox triggers, it allows operation up to 328.08 feet away from your flash. It is therefore convenient for outdoor photography and when dealing with multiple subjects spread over a large area.

We like its simplicity with a few buttons on it. The menu, however, has many functions making it a bit challenging to set up the unit.

As expected, for its affordable pricing, you’ll have to sacrifice the rear curtain sync present in the other Godox triggers. The LCD is the smallest amongst the Godox flashes on review and with a limited extent of controlling your flash output. 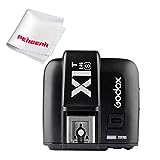 The best wireless flash trigger should allow you to control your flashes from at least 328.08 feet. You should also consider its ability to separate your flashes into various groups to ease operation.