The Canon TS-E 17mm f/4L is an L-series lens that is distinguished by its design features and optical and physical quality, making it the overall best lens for Canon 6D in our list. 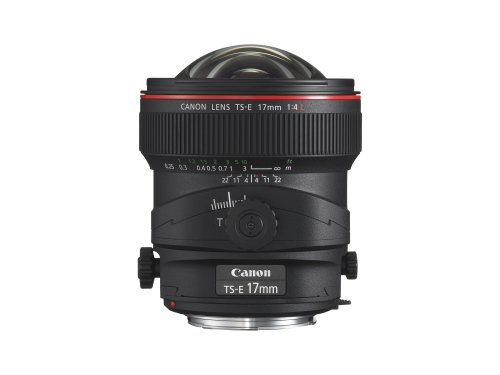 It comes with a rounded eight-blade diaphragm that enhances the out-of-focus quality, facilitating shallow field depth techniques. Unlike the Sigma 10-20mm f/3.5 that uses a HSM motor autofocus, the Canon TS-E 17mm f/4L uses manual focus only, which is its biggest downside.

However; unlike the Sigma 10-20mm f/3.5, the Canon TS-E 17mm f/4L has a center that is quite sharp at wide open with appreciating corner positions to narrow the aperture for better performance. It has four Ultra-Low Dispersion elements to minimize chromatic aberrations and color fringing and an aspherical element to reduce spherical distortion and aberrations.

It weighs 1.81 pounds, making it the heaviest on our list, and it may hurt your wrists if you are planning to carry it around or shooting for an extended period.

When it comes to value for money, the Sigma 10-20mm f/3.5 is the right choice. It features high-quality construction with focus rings and zooms on the sides of the focus distance scale. 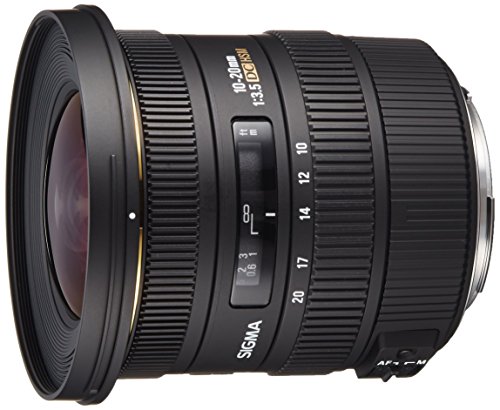 Although the Sigma 10-20mm f/3.5 is not as heavy as the Canon TS-E 17mm f/4L, it still weighs 1.15 pounds. This is not a favorable weight for extended periods of use or moving around with, as it may hurt your wrists.

Although the center-sharpness is excellent through the zooming range, the corner sharpness isn't appealing like the one in the Canon TS-E 17mm f/4L. It uses the HSM motor for the autofocusing function, leading to near-silent and faster focusing.

Although the Canon EF-M 11-22mm f/4-5.6  is the cheapest on our list, it has a high-quality feel with rubber-coated zoom rings and a smooth zoom function without interior barrel wobbling as it extends when zooming. 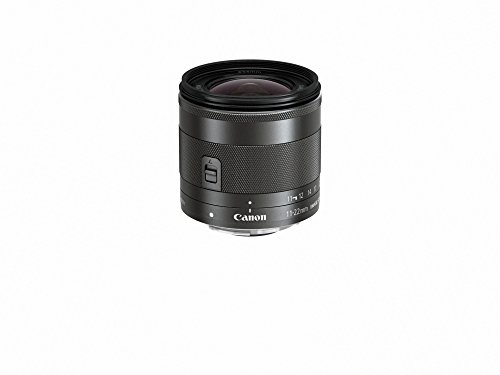 It's almost entirely constructed of polycarbonate, allowing you to easily carry it around and use it for an extended time without getting tired. Unlike the Canon TS-E 17mm f/4L manual focusing, the Canon EF-M 11-22mm f/4-5.6 comes with an STM autofocusing motor with an improved autofocus algorithm, enhancing quiet and fast focus functions.

Typically, it takes less than a second to focus from infinity to the minimum focusing distance and accurately lock onto the subject, unlike Sigma 10-20mm f/3.5 which takes 1.5 seconds. The distortion also reduces when you zoom to longer focal lengths, with almost zero distortion at an average of 15mm.

Besides, it's the most compact and lightweight on our list, only weighing 0.5 pounds, appropriate for extended time use. However, even at 15mm, there is some distortion in the corners.

Features to Consider in Wide Angle Lens for Canon 6D

Pairing your Canon 6D with the right lenses will allow you to enjoy its shooting performance at its best. However, these lenses are not equal, and they differ in features and quality.

Although all wide angle lenses somehow introduce distortion, some create perspective distortion and others barrel distortion. As you attempt to emphasize your subject by bringing it closer to the lens, it starts appearing larger relating to other image parts.

Aperture allows light to enter the lens, and so a wide aperture will let in more light. For instance, if you want a wide angle lens with excellent low light shooting capability and enhanced shallow field depth, you will need a lens with a wide aperture such as Canon 17mm f/4L.

Focusing is essential, especially when trying to capture subjects that keep on adjusting positions. You should consider lenses with autofocus features as they offer a better focusing experience.

Lenses such as Canon TS-E 17mm f/4L come with manual focus only, while others, such as the Canon EF-S 10-18mm f/4.5-5.6, come with STM autofocusing motor. Typically, the autofocus motor features an algorithm for fast autofocusing function, allowing it to lock onto the subject in a split second accurately.

The focal length determines the ability of the lens to shoot scenes without distortions, hence determining its versatility. It is a vital feature to consider in wide angle lenses, as distortion is a common issue. For minimal distortion, consider using a lens with a significant focal length such as the Sigma 10-20mm f/3.5.

In What Situations Do I Use a Wide Angle Lens?

Wide angle lenses such as the Canon TS-E 17mm f/4L capture scenes such as landscapes, architecture, and cityscapes, where you need a wide field of view. Also, you can use them for creative and artistic purposes in your real estate photography.

Do Wide Angle Lenses Distort the Appearance of Objects?

A wide angle lens such as the Canon 17mm f/4L seems to expand space, making the subject near the camera appear bigger. Typically, this could happen no matter the lens you use, only that a wide angle lens seems to exaggerate the difference. However, this only happens when you get close to a subject in the foreground.

Equipping your Canon 6D with a wide angle lens will be essential if you plan to use it in landscape and architectural photography. Investing in any of the above wide angle lenses for Canon 6D will allow you to capture scenes with a better field of view.