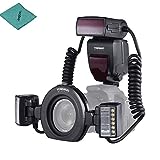 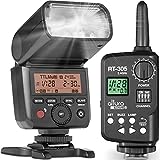 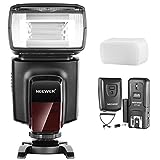 As expected at this price point, the, Yongnuo YN24EX comes with durable construction. The battery compartment is solid and appears sturdier than what is on the Godox TT600. 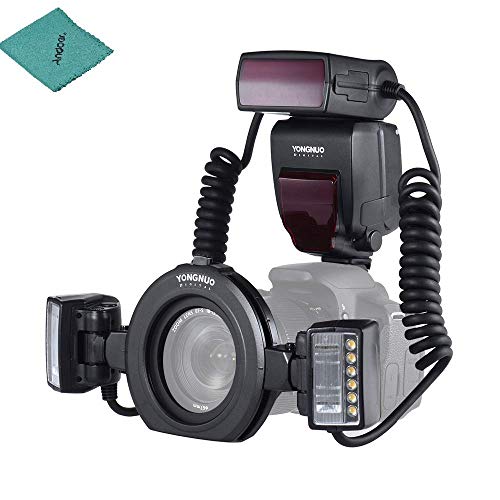 Given it is a ring flash, the unit is excellent for close-up, and macro photography, something the other selections reviewed may not be so good at.

Although it is not the most flexible flash, it adjusts through 90 degrees vertically and a similar range horizontally to enable you to bounce the light.

One of our biggest dislikes with the YONGNUO YN24EX is that it takes a bit longer to attach it than the other flashes on review. It also has a two-by-two battery compartment which tends to overheat faster than the linear, organized ones.

The unit features the lowest guide number amongst our options. It can only expose subjects as far as 7.32 feet at the maximum performance, fewer than the Godox TT600.

Although this may be inadequate for open-space shoots at night, the flash is suitable for lighting almost all indoor spaces.

We review all of the best Yongnuo flashes for Canon's in our detailed guide.

If you desire affordable and effortless off-camera photography, the Altura Photo AP-305C might be your ideal flash. 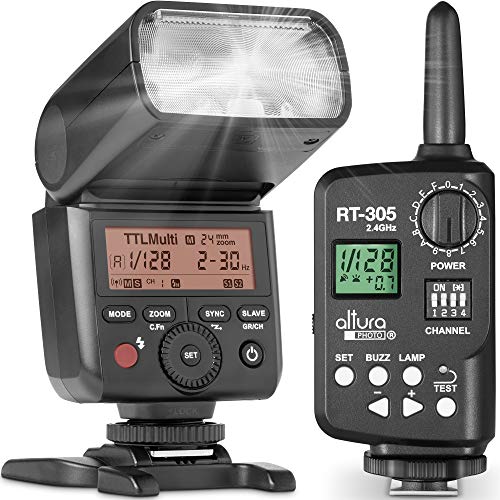 Thanks to the TTL settings, the flash can automatically calculate the most probable lighting intensity during busy sessions. The unit also provides you with High-Speed Sync (HSS) allowing you to use faster shutter speeds.

Its extensive Guide Number is another reason we liked this flash. Unlike our best flash for Canon 70D at 7.32 feet, this unit can illuminate objects up to 10.98 feet at ISO 100. It may be more suitable for capturing photos in instances with restricted movement.

With this flash, you get a more advanced tilting range than the YONGNUO YN24EX. Vertical adjustability is through -7 to 90 degrees while sideways tilting peaks at 270-degrees for added positioning capacity.

Unlike other options on our list, it comes with a trigger. You can appropriately position your flash off-camera to get the most suitable lighting conditions for your shoots. While the trigger is an excellent addition, you will have to sacrifice TTL and HSS if you plan to use it.

At only 9.45 ounces, the Neewer TT560 is our second lightest flash after the Altura Photo AP-305C at 7.0 ounces. It hardly makes a noticeable difference once combined with your Canon 70D, making it excellent for extended shoots. 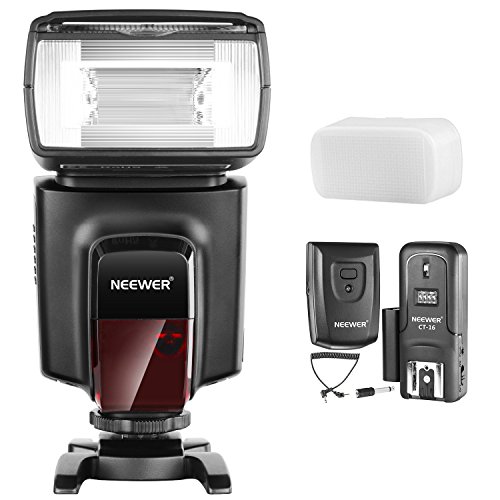 With it being more than twice as cheap as the YONGNUO YN24EX, it offers a budget solution. Though not as excellent as other options in our review, its performance makes it a solid, affordable flash for Canon 70D.

Another of its strong points is the higher GN value compared to our first two options. Able to illuminate objects 11.58 feet away at ISO 100, this powerful unit is better suited for taking pictures of subjects who are further from the camera at full power.

Its horizontal tilting range is similar to the Altura Photo AP-305C at 270 degrees. Although its vertical range is slightly lesser at 0-90 degrees, it still offers more adjustability overall than the YONGNUO YN24EX.

The recycle speed is similar to YONGNUO YN24EX at five seconds at its most robust operation. It isn’t the fastest level around but works fine for landscape and real estate photography.

The Godox TT600 is suited for you if you want a flash for fast-action photography. Taking only 2.6 seconds to recycle at maximum power, this flash has the fastest recharge rate on our list. 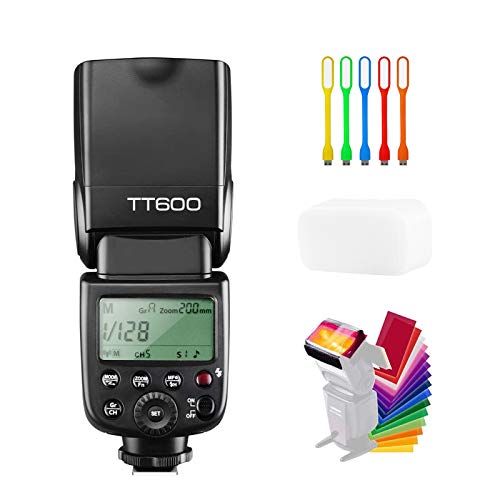 One of its most outstanding attributes, however, is the extended illumination distance. Its GN at 18.29 feet at ISO 100 offers the most extensive range on our list. In instances with limited maneuverability around the subject, this range allows you to illuminate the subject at full power when standing afar.

The unit further boasts of the most extensive adjustability on our list. It can rotate in all directions horizontally, whereas vertical rotation is like the Altura Photo AP-305C. Given its extended flexibility, you have more range to select suitable positioning.

Compatible with a trigger sold separately, the flash supports off-camera usage to give you more room to determine where lighting is best.

HSS-compatibility gives you an added feature crucial for using fast shutter speeds. The main issue is the absence of HSS itself when using the hot shoe. 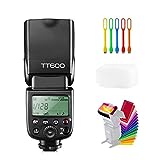 While almost resembling the third version, the Yongnuo YN560 IV comes with a few modifications, with the most important being YN560-TX support. 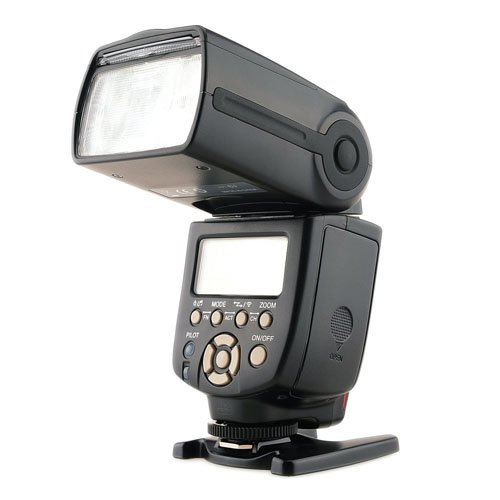 The YONGNUO YN560 IV proves to have many seconds, with its recycling time being three seconds at full power. It is an excellent option for a quick shooting despite lacking TLL and its accompanying attributes like HSS.

The YONGNUO YN560 IV comes with an impressive build. It, however, is the second heaviest flash in our review after the YONGNUO YN24EX and may lead to faster hand fatigue than lighter options.

It does not support TTL function, although the LCD is effortlessly legible, and it has an easy-to-use interface. Given TTL has little importance in still photography, the unit is an excellent choice for listing photos and capturing landscapes. 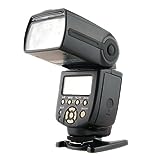 Any of these flashes we reviewed, will give you a more powerful flash than what you get with the built-in flash on the Canon 70D. Swapping the substandard performance of the inbuilt flash with one of them ensures better subject illumination. You can also read our review on the best lenses for the Canon 70D.